July 18, 2007
When it comes to binary display drivers under Linux, NVIDIA is generally known as the company that's able to offer drivers that are on par with their Windows driver. Unlike the known performance issues with the ATI/AMD fglrx driver where it's not uncommon for the driver to be 50% slower than the Windows Catalyst equivalent, the NVIDIA Linux driver has performed roughly the same if not faster in some cases. This has also been true for the NVIDIA Solaris driver as the performance bastion can largely be attributed to the shared driver code-base between all NVIDIA-supported platforms (Windows, Linux, Solaris, and FreeBSD). However, with the GeForce 8 series we have come across some unusual issues that are limiting the performance of the GeForce 8 series under Linux and Solaris. In this article, we have additional information on these austere performance problems along with benchmarks showing the frame-rate differences between Windows XP and Linux.

As a brief background to the GeForce 8 series support under Linux, the GeForce 8800GTX was launched in early November and was accompanied by a same-day Linux driver (1.0-9742). The GeForce 8 product support continued and in the NVIDIA 100.14.09 driver the official support was extended to include the 8300, 8400, 8500, and 8600 series. However, the support throughout this time has been somewhat of a mixed bag. There is at least support under Linux (compared to the lacking Radeon HD 2000 "R600" series), but there have been a variety of issues ranging from random lockups to black screens and SLI failing to work. Though using the latest driver (100.14.11) should clear up a number of these user issues and there are workarounds for some of the other issues. Aside from these issues, the performance delta between Linux and Windows with the GeForce 8 series is much greater than what we have seen from past generations.

After being tipped off that there may be some serious performance regressions with the GeForce 8 series on alternative operating systems, we explored this issue further and after confirming this problem exists in the latest Linux display driver, we have conducted some Windows XP and Linux benchmarks to explore this issue further. We had used a NVIDIA GeForce 8500GT 256MB clocked at 500/800MHz (GPU/MEM) and a GeForce 8600GT 256MB at 600/1400MHz (a separate review on this Gigabyte graphics card will be posted in the coming days) along with a GeForce 6600GT 128MB PCI-E x16 graphics card to represent a GPU with a mature status in NVIDIA's display driver.

Other hardware used in these tests were two quad-core Intel Xeon E5320 "Clovertown" processors, 8 x 512MB of Kingston DDR2-533 FB-DIMM memory, Tyan Tempest i5000XT motherboard, and a Seagate 80GB 7200RPM SATA 2.0 hard drive. For our Linux tests we had used Fedora 7 with the 2.6.21-1.3228.fc7 kernel and the NVIDIA 100.14.11 binary display driver. With Windows XP Service Pack 2 we had used the ForceWare 94.24 WHQL driver for the GeForce 6 series and the ForceWare 158.22 WHQL driver for the GeForce 8 series support. The cross-platform benchmarks used were Enemy Territory, Doom 3, and Quake 4 using our standard benchmarking procedures. 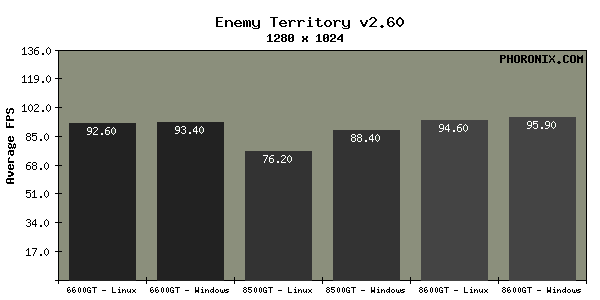 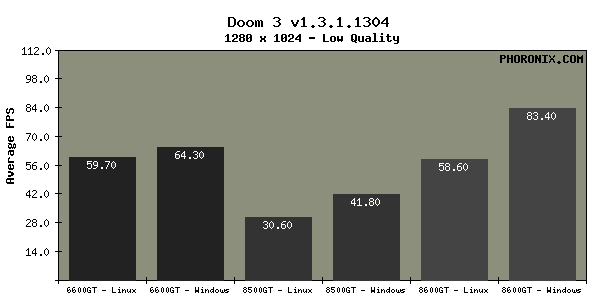 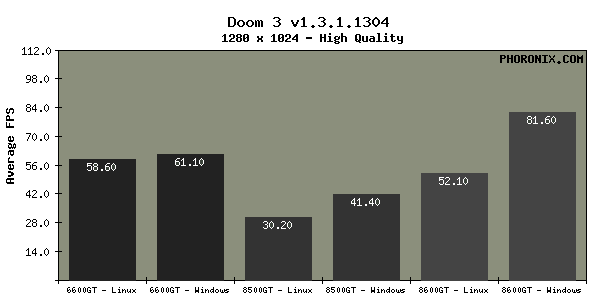 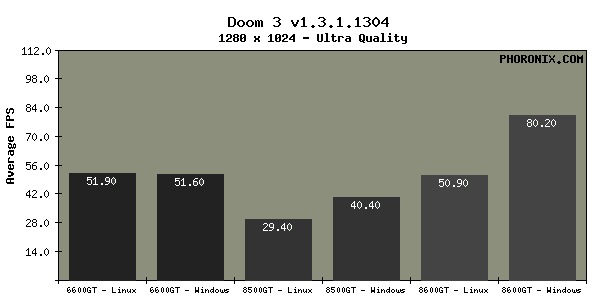 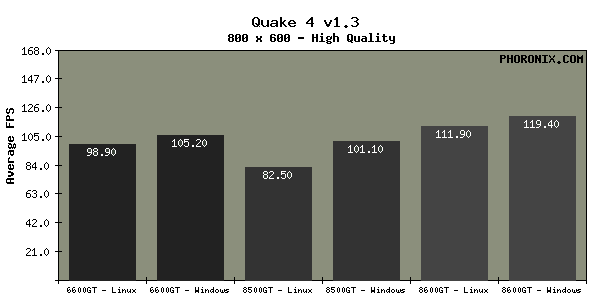 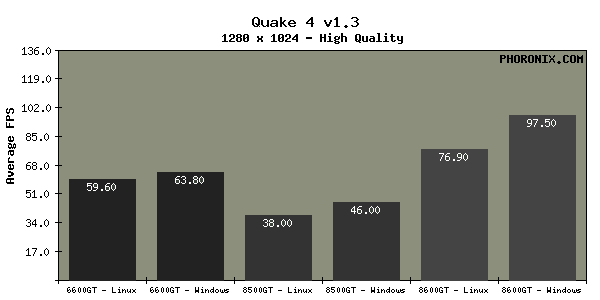 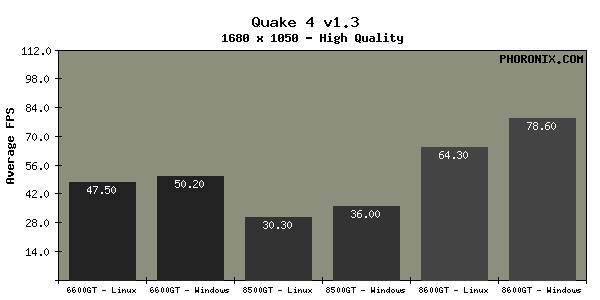 As you can see from the results, there is a much larger gap in performance between Windows and Linux with the GeForce 8 series than there was with the GeForce 6600GT. The Windows and Linux driver with the GeForce 6600GT was within frames of each other in all of the benchmarks, but the 8600GT had dropped as much as 30 frames per second under Linux and the GeForce 8500GT was also at a substantial loss. This issue is still being explored and with some unofficial tests conducted months ago, we hadn't experienced as a large of a problem that we ran into with these tests. However, even with these performance abnormalities the NVIDIA GeForce 8 series remains the leading option (well, at least until the new ATI/AMD driver is released) for Linux users seeking the best performance, but these serious performance regressions cannot go unnoticed. We can only hope that the GeForce 8 driver issues that are affecting Linux and Solaris will be addressed in the very near future.

Share your experiences with NVIDIA's GeForce 8 series and their display drivers in the Phoronix Forums. 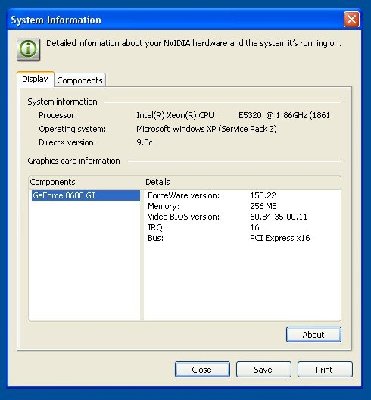