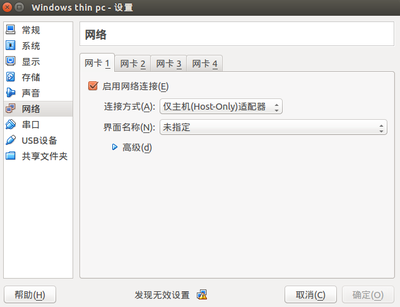 Host-only networking is particularly useful for preconfigured virtual appliances, where multiple virtual machines are shipped together and designed to cooperate. For example, one virtual machine may contain a web server and a second one a database, and since they are intended
to talk to each other, the appliance can instruct VirtualBox to set up a host-only network for the two. A second (bridged) network would then connect the web server to the outside world to serve data to, but the outside world cannot connect to the database.

To change a virtual machine’s virtual network interface to “host only” mode:

either go to the “Network” page in the virtual machine’s settings notebook in the graphical user interface and select “Host-only networking”, or

In the VirtualBox graphical user interface, you can configure all these items in the global settings via “File” -> “Settings” -> “Network”, which lists all host-only networks which are presently in use. Click on the network name and then on the “Edit” button to the right, and
you can modify the adapter and DHCP settings.

Note: On Linux and Mac OS X hosts the number of host-only interfaces is limited to 128. There is no such limit for Solaris and Windows hosts. 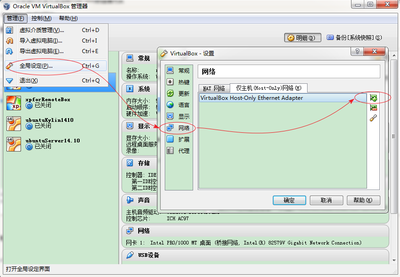